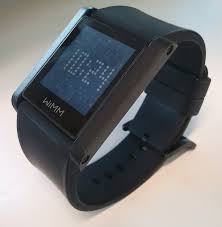 When devices like the Fitbit first came out, they were curiosities at best. While a few athletic individuals picked them up, they certainly weren’t a mass market phenomenon.

But by this point, it’s more or less a given that hospitals, health systems and medical practices need to reckon with patient-generated data. In what seems like the blink of an eye — though it took a few years to happen — the data generated by wearable health devices and apps has become a target for healthcare organizations.

As of January, Credit Suisse estimated that the wearables market sat at $3 billion to $4 billion, and that there were about 50,000 healthcare apps available. Numbers like these have put great pressure on doctors (who complained, early on, that a flood of new patient-generated data would do them little good) to integrate this data stream into their daily practice.

Apple in the lead

So which technology vendor is going to make integration of app and wearables data possible? While it’s too soon to call the race, it’s looking like Apple’s HealthKit will be the tool of choice.

Pilots of HealthKit technology are popping up everywhere, while several health organizations — including Ochsner, Duke and Cedars-Sinai — are hooking up HealthKit to the Epic EMR on one end and a host of digital health devices on the other.

Samsung, Google and Microsoft are also pitching technology that can perform similar functions, but they haven’t won over nearly as many testers or buyers as Apple.

P.S.:  We’d be just tickled if you would take three minutes and  answer our short survey on  health IT content at https://www.surveymonkey.com/r/68RZB8Y