Industry evolution makes the death of the #HIE model inevitable 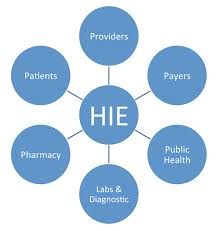 Back in their heyday, health information exchanges (also known as Regional Health Information Organizations) looked like they might have legs. The clinical rationale for HIEs made sense  — after all, who would argue with the idea that data sharing improved care? — and grants to support them were springing up out of the woodwork. True, some HIEs capsized even in the early days, usually because they ran out of grant money or provider funding — but the idea still seemed sound to many healthcare industry leaders.

Over time, however, many HIEs have collapsed, still unable to make their business model work. While few health execs argued that HIE data sharing was a good thing, capable of eliminating duplicative tests and supporting coordinated care, health leaders simply didn’t want to pay for them. They also weren’t thrilled about sharing data with their competitors, particular when they competed in dense urban areas with hospitals on every block.

But as bad as those attitudes have been for the future of HIEs, current trends are far worse, all but guaranteeing that the HIE model will go out with a whimper.  Interoperable EHRs should take their place.

While the market for HIE organizations is bleak, the market is guaranteed to snap up the right tools for data flow between risk-sharing ACO partners. And it would be no surprise if the HIT vendors capturing an early share  of the market were those who are already known for data connectivity.

According to a Black Book Research study which surveyed operators of public and private exchanges, top HIE vendors include Cerner  (for its HIE to EHR capabilities), Orion Health (for government payer and commercial insurer-centric HIEs) and Aetna Medicity (for core private enterprise HIE solutions.)

As providers pick up value-based contracts from payers, and desperately need decent data sharing to coordinate care, I can only  imagine that  they’ll turn to familiar names  to help them make that transition.  Data connectivity based on regions will die out, but vendor solutions that support ACOs and population health analytics will soar.

The HIE was a good idea, but it’s never been given a real chance to fly, and now its moment has passed.  The HIE is dead; Long live the Clinical Data Network.