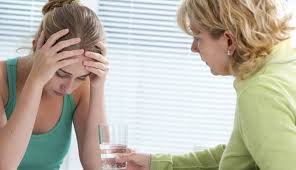 Like many Americans, I have a family member with a major mental illness who sometimes needs inpatient hospital care. Because I have been a healthcare researcher and journalist for 25 years, I’m particularly well prepared to help him navigate the system and get him the attention he deserves.

But there’s one issue which crops up again and again, and despite decades of trying I haven’t been able to find any kind of remedy. And as far as I can tell, this policy — which is universal in my region — actually encourages the delivery of substandard care.

As many people are aware, there’s far too few inpatient mental health beds in many regions of the country. My sense is that the problem may be a bit less acute where I live, in metro DC, as my relative can generally find inpatient care when he needs it. But which bed in which hospital? That’s another story.

Like any other service, inpatient mental health treatment can vary substantially from one institution to another.

Like any other service, inpatient mental health treatment can vary substantially from one institution to another. And as a member of a family support group for mental health problems, I get lots of feedback on which psych units are well-staffed, clean, efficient, thorough, kind to patients and good with discharge planning. (Of course, I also have my relative’s feedback and my own impressions to refer to as well.)

However, area hospitals with psych units absolutely, categorically refuse to tell patients or their families whether a bed is available. Yes, they will typically tell a psychiatrist with admitting privileges whether they can take additional patients, but for reasons which are not clear to me, a shrinking number of psychiatrists choose to obtain such privileges. In fact, in many years of trying, my relative hasn’t found a single one who does do direct admissions.

So here’s what happens. Our family realizes that he needs help, so one of us takes him to a hospital where he feels comfortable and safe. That hospital puts him through several hours of “medical clearance,” and only then do they let us know that there are no open beds there. Then they try to convince us to take whatever bed is available anywhere they can find.

In the most recent case, they pressured us to send him to Hospital X, an underfunded, poorly-rated facility which I’d dearly love to see decertified and closed. Since his episode seemed to be tailing off, we decided to take him home and bring him to another good facility the next day, which we did, successfully. But given the coercive nature of the original facility’s approach, it took all of the strength we could muster to do so.

I am certainly aware that with the limited availability of psych beds, every hospital will turn patients away at times. But if the hospitals let patients and/or family members know whether there was even a chance of admission, patients could make informed choices. They could also choose between their preferred hospitals, rather than being sidetracked into those that did not deserve their patronage.

My guess is that such hospitals, whose psych units are often unprofitable, are colluding to make sure that the more effective, humane and resource-rich psych units don’t get all of the traffic. After all, if patients don’t know which units can serve them, it’s easier for facilities to ricochet them across the region and give some of the inpatient days to whichever player is next in line.

But even if there’s no conspiracy involved, the policy of keeping patients out of the loop is unconscionable nonetheless. If patients end up wherever they’re sent, hospitals have no incentive to offer improved services. And that just about defines “anticompetitive.”  I dearly hope someone calls these hospitals to account someday.

In the mean time, I dare any hospital administrator to defend these hospitals’ actions. I’m listening…